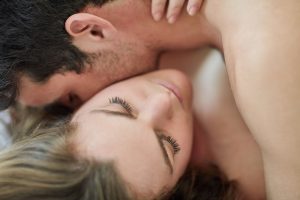 It is unthinkable that anyone needs to tell a man how to orgasm. By the time they are teenagers, boys have discovered how to enjoy their own sexual arousal, by looking at images of naked women. Likewise no one tells a boy that to orgasm he also needs to stimulate his penis.

Given the popular belief that female arousal and orgasm during sex are easily achieved, many women simply assume that they experience these sensations as a natural part of their sexual relationship.

We know that men achieve sexual arousal through an appreciation of eroticism (explicitly sexual images) and yet it is often implied that women’s sexual arousal arises from their loving emotions for their partner.

Men’s minds become aroused so instantaneously that we gain the impression that physical stimulation alone gives them an erection (causes sexual arousal). Young men transition naturally to sex because the body of a real sexual partner substitutes for the images from pornographic magazines. Imagine being a woman, who approaches sex with no hint of an erection!

The only reason anyone would stimulate their genitals (casual curiosity aside) is because they know that with sufficient levels of sexual arousal, genital stimulation leads to orgasm. The average woman does not approach sex looking for clitoral stimulation because she is unlikely to be sexually aroused enough for genital stimulation to make sense.