Ways Women Orgasm Dedicated to women's enjoyment of sexual pleasure!
HomeSexual PoliticsMisconceptionsWhy it can be difficult to discuss our sexual relationships

Why it can be difficult to discuss our sexual relationships 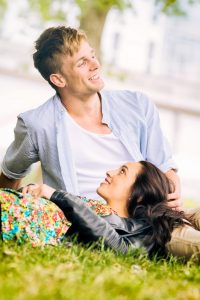 One of the reasons that adults find it difficult to discuss sex openly is because of the personal nature of sex. It’s important to consider how other people might feel as a result of what we say.

So men can be offended if it is implied that because they are enthusiastic about sex this necessarily means that they are less discriminating. Not every man has been with a prostitute, for example.

Naturally there are women who are promiscuous but this is more down to personality and personal values than to sex drive. They have something to prove but it’s not about enjoying orgasm during sex.

There is no value in judging people’s sexual decisions but only in differentiating between men and women’s motivations in a sexual relationship. These are likely to differ because it is much more difficult for a woman to orgasm during sex.

The evidence supporting women’s greater difficulties with sexual arousal compared with men are well documented. Nevertheless, it takes great courage to be truly open and honest about our personal sexual experiences. Anyone who does so makes an easy target for others who may not be so ready to put their own experiences under the spotlight!

It’s great that some women experience easy sexual arousal with a partner. But this is certainly not true for all women. It’s important, when offering advice, not to insinuate that any woman who does not orgasm during sex is sexually inadequate.

Women who are confident that orgasm with a partner is easy may want to consider whether we are talking about the same experience. A woman who masturbates appreciates how to take a mental state of sexual arousal to orgasm through genital stimulation. If we are to encourage women to be more open about sex it is important to respect each other’s experiences.

It’s a real positive that men slow down a bit as they grow older (post 35) – older men stand to make better lovers! It is much more difficult for a younger man to focus on his partner’s arousal because his own orgasm is his top priority.