Why sexual arousal is more elusive for women 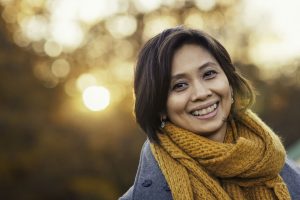 Sexual desire is associated with ‘sex drive’. The male sex drive is a man’s biological drive to procreate by thrusting into a woman’s vagina until ejaculation (usually co-incident with male orgasm).

Kinsey’s report in 1953 highlighted that women were capable of orgasm. His report also concluded that women were less sexually responsive than men. Nevertheless, it became popular belief that women experienced sexual desire, sexual arousal and orgasm as naturally and easily as men.

This conclusion led to increased pressure on women to fake orgasm. It also led to the modern so-called female sexual ‘dysfunctions’ such as anorgasmia, preorgasmia and difficulties with low sexual desire, lack of sexual arousal and lack of orgasm during sex.

Sex has been designed physically and psychologically to favour male sexual arousal and orgasm. This is no accident. The key reproductive act is male ejaculation (usually co-incident with male orgasm) inside a woman’s vagina. So Nature ensures that men have the best satisfaction from penetrative sex and through penile thrusting to orgasm.

Men are bigger and stronger than women because Nature intends our roles to be complementary not the same. Nature also ensures that, at the end of the day, men can win the sexual game. Women’s sexual role is to attract a man and cause him to become sexually aroused. The man is then able to use his resulting erection to impregnate a woman through thrusting. The woman’s sexual role is to assist with the man’s sexual arousal and to accommodate his needs to allow him to orgasm.

Female orgasm is irrelevant to reproduction so it is likely to be counterproductive for women to be actively insisting on their own sexual arousal during sex. Nature’s design is for a man’s orgasm to be his top priority but for orgasm to be much less vital to a woman. This explains why most women are shocked by eroticism and almost never pay for sexual pleasure.

Orgasm advice for women today is not only vague but also falls back on suggesting that women are trying too hard or that orgasm is not important. This advice is hardly intended for men. The fact is that the majority of women are not motivated to enjoy their own orgasm either alone or with a partner because they never discover how their own sexual arousal works.

Sex, vaginal intercourse in particular, has not been designed to facilitate women’s psychological or physical arousal. So women with stronger sexual instincts make use of sexual fantasies to allow them to experience their own sexual arousal and orgasm. Unfortunately many women find that the emotional environment of sex is incompatible with using sexual fantasies.