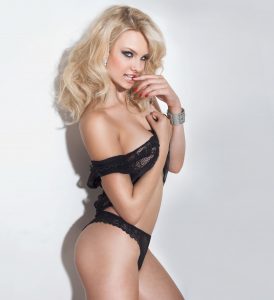 When I was 21, I met an Italian boy of the same age during a stay in Rome. Alfredo cared about how he dressed and would often check his appearance in the mirror.

I teased him because I had always been taught that personal vanity was undesirable. Alfredo wore designer sunglasses in the day but one evening as we were going out, I saw that he was wearing eye make-up. First I thought it odd but quickly realised how straight I was being.

After all, film stars wear make-up. I decided that it was a compliment and a turn-on that the man I was going out with had gone to the effort of making himself attractive. It’s a shame that more men don’t spend time and money on making more of their looks.

Most men would benefit from a complete make-over of their wardrobe by a woman friend. Start with some sexy underwear and nightwear. Buy some figure hugging tee shirts for wearing under shirts: worn open at the neck. Make sure you have a smart jacket and designer jeans as a minimum for dates.

Heterosexual men often assume that it is only women who need to attract a lover. Dressing attractively is strongly associated with women and gays (who both dress to attract men), so many straight men see their disregard for their looks as a sign of their masculinity.

Heterosexual men don’t dress up because women’s sexual arousal does not arise from the provocative display of a lover’s body as men’s does. However by dressing sexily a man can acknowledge the effort that his woman makes for him. Naturally a man needs to work on getting rid of any beer gut first!

I have never felt it necessary to dress in a sexually provocatively way. I am lucky to be naturally attractive so I have never had a problem being able to attract the men I want. Men don’t always appreciate women’s use of make-up and my male lovers have been pleased that I don’t wear it. I didn’t see the point in encouraging yet more passing compliments and advances from men.

Consequently I am always amazed when women claim to be unaware of the effect that the sight of their body can have on a man. Perhaps they have difficulty understanding because women do not become sexually aroused (get an erection) at the sight of a naked male body. In fact, most women probably prefer to see a man dressed in a style that indicates his social status, for example: James Bond in black tie evening suit and Richard Gere in naval uniform in ‘An Officer and a Gentleman’ (1982).

As an attractive woman you get a great deal of attention when you look good. It’s not just men that notice. So when a woman dresses provocatively it is more about competing with other women according to feminine values of attractiveness than about appealing sexually to men. For example, men would not necessarily define their ideal woman in line with the fashion industry.

Some women do dress in order to attract male attention but they still expect to be able to select the man they want. Men often assume that women are indicating a general enthusiasm for sexual pleasure. This tendency for men to misinterpret women’s motivations explains why, in more conservative societies, women cover up their bodies more than we do in the West.

Men often assume that women respond as men do but male sexuality is very different to female sexuality. Women are not fascinated by genitals, either their own or those of the opposite sex. After puberty, men’s sexual reaction to nudity is so strong that they have new associations with genitals. For women, the connection with going to the bathroom remains into adulthood.

Most people are still shocked by the idea that women might enjoy orgasm. When I asked a female doctor for information about female sexuality, she did not appear to understand the term. Eroticism is strongly associated with women providing men with sexual pleasure, typically in an immoral context. Otherwise women’s interest in sex is assumed to revolve around family and relationships.

An older male doctor referred me to the family planning library in London. I was truly depressed to find that the information related to the reproductive aspects of women’s sexuality: contraception, pregnancy and childbirth. Most sex information today, even for men, comes from the sex industry rather than from more official sources.