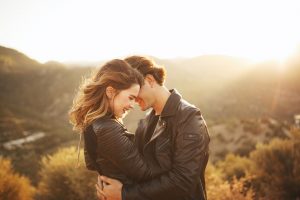 Men are often blamed, unfairly, for the difficulties that women have with orgasm during sex. For example, it is suggested that, by coming too soon, a man fails to provide enough stimulation.

In fact, intercourse is unlikely to provide women with enough clitoral stimulation regardless of how long the man keeps thrusting for.

“Closely linked with the traditional pressure on men to maintain long erection and thrusting during intercourse is the idea that it is a man’s role to ‘give’ the woman an orgasm during intercourse. … In addition to the pressure created by this role, this idea also often puts the man in a no-win situation since the information he has been given – that thrusting during intercourse should bring a woman to orgasm – is faulty. This places him in a vulnerable position, leaving him to doubt his masculinity whenever female orgasm does not occur and also possibly pressuring the woman to fake orgasms.” (p160 The Hite Reports 1993)

Older generations of women never hoped for orgasm from their relationships, but equally a man never felt obliged to facilitate a woman’s orgasm during sex. The sexual revolution has made men feel just as inadequate as women. The difficulty for couples today is matching reality with the unrealistically high expectations (fuelled by the media) that we have for our sex lives.

Sexual arousal depends on the mind more than the body

Sex advice today often plays on male insecurities by suggesting that a man can ‘give his woman an orgasm’ or even (for heaven’s sake!) multiple orgasms. This is ludicrous. The fact is that most women use fantasy to reach orgasm and no man can control what is going on inside a woman’s head.

A woman can arouse a man simply by revealing her body. This is just the way nature intended things to work and not down to her individual talents (pole & lap dancing aside!). A male lover does not have the same natural advantage because most women do not become aroused enough for orgasm simply by enjoying male nakedness. So there are few male lap dancers!

Many women do not know how their own sexual arousal works so small wonder that men struggle to find techniques to turn their woman on! In ‘The Hite Reports’, a male respondent points out: “It seems that women have only recently discovered the nature and depth of their own sexuality… Yet women are angry at men for not understanding their sexuality already… as if men should be experts at something about women that even women didn’t know!” (p182 The Hite Reports 1993)

Touché! Perhaps, because men appear to enjoy sex so spontaneously, women assume they have some innate understanding of sex that we fundamentally lack. So we leave the initiative to the man hoping against all odds that something will happen as if by magic. Unfortunately, women’s sexual arousal and orgasm are not automatic and so pleasuring a woman is not easy.

My partner joked that he will most likely to die of old age before he gets around to trying all the different suggestions on the web for locating a woman’s G-spot! The G-spot may be amazing but if it is so obscure then just how useful is it to the average couple? This search for the Holy Grail is yet another indication of how many women struggle with orgasm during sex.

Personally, I have never found the so-called ‘G-spot’ nor have I experienced multiple orgasms. There are plenty of jokes about nymphomaniacs but I have never met a woman with this condition in real life. Whether these aspects of female sexuality are myths or simply rare occurrences, they undermine any attempt to generalise about the average woman’s experience of sex.