Positions and techniques for sexual intercourse 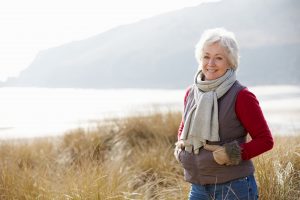 “To have an orgasm during intercourse, there are two ways a woman can increase her chances always remembering that she is adapting her body to less than adequate stimulation.

(2) she can work out a sexual relationship with a particular man who can meet her individual needs.” (p51 The Hite Reports 1993)

Shere Hite categorised only women who did not manually stimulate the clitoris during sex as able to reach orgasm from intercourse alone. She concluded that these women were able to orgasm during intercourse because they took steps to ensure that they maximised the effects of indirect clitoral stimulation (from the action of the penis thrusting in the vagina) by finding suitable positions and techniques for intercourse.

Some women learn to reach orgasm from intercourse eventually

Liz, an attractive professional woman in her late forties, was confident in offering me advice. She told me to buy Alex Comfort’s book ‘Joy of Sex’ (1972) and that “everything else would follow”. She and her partner had found a position for intercourse that made it possible for her to reach orgasm. They had found this position after a number of years not by explicit discussion but through trial and error. Liz confirmed that she used sexual fantasies during sex for sexual arousal and orgasm.

“For a woman to orgasm during intercourse, she must adapt her body to inadequate stimulation and so it is essential that she work out this procedure with a regular partner.” (p49 The Hite Reports 1993)

Few men would settle for the indirect genital stimulation that women obtain from intercourse alone. So why are women happy to settle for less? Possible conclusions are (1) perhaps men have become de-sensitised through the need for prolonged thrusting or (2) women, but only some, have evolved the ability to orgasm with less genital stimulation than men need. A more likely explanation is the tremendous pressure that women are under to explain how they orgasm during vaginal intercourse.

“Twenty-five to 30 percent of women climax without additional clitoral stimulation. Experts believe these women may have a larger clitoris than usual so it’s more easily ‘rubbed’ by a thrusting penis.” (p101 Hot Sex – 1998)