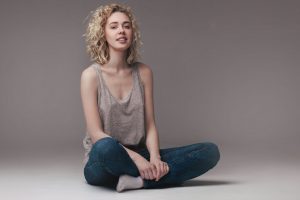 Natalie, a woman in her late twenties, had a close relationship with her mother who was a doctor. I approached Natalie hoping that a mother with a medical background might be more likely than others to have discussed her sexual experiences with a daughter.

When young women have difficulty reaching orgasm during sex, it can be difficult for them to find answers. Natalie was relieved and grateful on realising that she was not alone in experiencing a lack of arousal during sex. She was too embarrassed to talk to me but wrote: “On reading your book, I spoke to my mum who said (I quote!): ‘OF COURSE YOU DON’T ORGASM DURING SEX!’ Like this was a well known fact!!!!”

“The married female reaches orgasm in only a portion of her coitus, and some 10 per cent of all the females in the available sample had never reached orgasm at any time, in any of their marital coitus.” (p352 Sexual behavior in the human female 1953)

For me, Natalie epitomised the modern professional young woman: successful, attractive and confident. Tall and slim, she wore her blond hair cut short, which gave her a sweet elfish look.

I envied the easy-going friendships she maintained with her male work colleagues both within and outside the workplace. Despite her predicament, it was evident that Natalie had never been either brave or curious enough to research explanations for women’s sexual arousal through reading or talking to someone.

“Everything you talk about in your book, particularly with reference to your problems with having an orgasm during sexual intercourse, I had been having the same problem. For many years, I had thought there was something wrong with me but was just too embarrassed to talk to anyone about it.”

“In fact, I once heard on a radio talk show someone called in and said they couldn’t orgasm during sex. The response to the person having the problem was to blame this on the man!” Holding men responsible for women’s sexual arousal makes men feel inadequate and puts pressure on women to fake orgasm.

We think we live in an information age and at a time when people have relatively relaxed attitudes towards sex, yet this educated young woman was unable to find explanations for her sexual experiences or even to talk to her friends or to her mother. Young women often don’t know how to orgasm and unfortunately there are very few sources of information to help them learn.

Natalie told me: “As a result (of reading your book) my relationship with my partner has stepped up a level. I had been reluctant to have sex with him for about a year as I had it in my head that HIS inability to make me orgasm during intercourse must mean I didn’t love him or don’t want to be with him…!”

Why is it so difficult to find answers? Female orgasm is not required either for men’s enjoyment of sex or for successful reproduction. To keep her man happy and to have a family, a woman is more likely to be concerned with the basics of whether vaginal intercourse is possible than with orgasm (the cherry on the cake!). Most women are too embarrassed to ask for more.