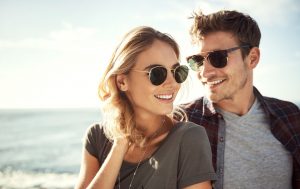 Although the modern day hype about female sexuality was in part sparked off by the work of Alfred Kinsey, the facts he reported have long since been lost in the rush to sensationalise female sexual desire.

Kinsey’s report clearly set out the much lower sexual response of the female (as measured by the incidence of orgasm) and the incredible range in sexual responsiveness reported by women.

The Kinsey report was co-authored by four men. Imagine first four women reporting on male sexuality! Then think to yourself just how impartial most men are likely to be over female sexuality. No wonder they never considered that women might fake or simply be mistaken.

To compete with ‘male sex drive’, modern women are assumed to have an equal ‘female sex drive’. Yet prostitution and pornography still thrive as much as ever. Insistence on political correctness means that no one can explain these anomalies.

Sexual desire versus sex drive to reach orgasm during sex

Female orgasm is not required for a woman to become pregnant. Consequently women do not have the same biological drive as men to orgasm during sex so sexual relationships favour male orgasm. The aim of Ways Women Orgasm is not to dwell on the difficulties but to accept that they exist and suggest how couples can improve on what they already have.

Some women suggest that any presentation that does not portray sex as ‘wonderful’, ‘orgasmic’ etc. will ‘put women off sex’. This is ludicrous. Women know what they want and what they enjoy as much as men do. Feminist beliefs about sexual equality with men (how can we be equal when men don’t have babies?) prevent women from learning the facts of their sexuality.

The pressure on women to be sexual equals with men means that women’s difficulties with sexual desire are hushed up. Instead of sex becoming more open it just got a whole lot more embarrassing. Most sources never even admit the facts.

Our definition of female sexuality should reflect the experiences of ALL women whatever their age, attitudes or politics. Only then can we hope to gain a more realistic understanding of how the average woman can hope to achieve true sexual arousal and orgasm. The truth is that female orgasm during sex is much more difficult to achieve than is ever acknowledged.