Women’s sexual arousal tends to be assumed or overlooked 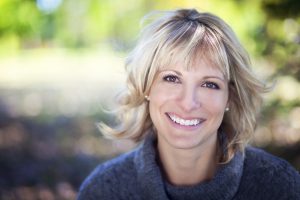 As a research student in the United States in the early 1970s, Shere (pronounced ‘sherry’) Hite circulated a lengthy questionnaire through women’s magazines and to passers-by on the street. She asked women to answer direct questions about orgasm anonymously.

Only 30% of her respondents said that they were able to regularly reach orgasm from intercourse whereas most women who masturbated found it easy to reach orgasm. By comparing the two experiences, Shere Hite concluded that women will find orgasm more difficult to achieve through intercourse because of the reduced clitoral stimulation.

The Hite Report explained why intercourse is unlikely to lead to female orgasm but it did not explain why a woman cannot orgasm with a partner by obtaining the clitoral stimulation needed for orgasm either from manual stimulation of the clitoris or through oral sex.

Later when I came across the fact that some women use fantasy to orgasm during sex, I was amazed. I could not imagine how it was possible since my use of fantasy requires a highly focused state of mind that is incompatible with sex with a partner.

Women use sexual fantasies both alone and with a partner

Sheila Kitzinger made the point that sex, especially sexual arousal, arises primarily in the brain. I then realised that most accounts of sex focus heavily on PHYSICAL stimulation techniques and that PSYCHOLOGICAL arousal tends to be simply assumed or overlooked. I concluded that this is probably because psychological sexual arousal for men is usually a given.