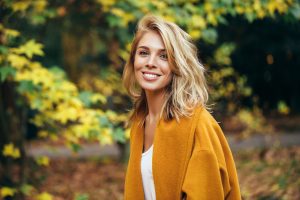 After finding no answers from talking to experts, I decided to do my own research by talking to women I came across in everyday life.

I wrote about some of my experiences and conclusions and then asked women whether they would be willing to read what I had written. I made it clear that there was no obligation for reviewers to comment.

The first point to note is just how difficult it is to approach anyone on such a sensitive and personal subject. I quickly realised that very few women appeared amenable enough for me to dare even to ask them.

We can be fairly sure that a man is unlikely to object to or be insulted by a random reference to sex. It is much less certain that a woman will not be offended. Even as a woman, talking openly about sex and orgasm can easily come across as odd and even a little perverted.

I only approached women who I thought might have a sense of humour in the hope that even if they were embarrassed they wouldn’t take irreversible offence. Even so, few were willing to comment.

“Many women find it very difficult to talk about sex with their male partners. More than a quarter of the women with whom I have discussed the subject say that they never talk to their partners about things they might do to improve lovemaking.” (p117 Woman’s Experience of Sex 1983)

Even fewer women can explain how they orgasm during sex

Silence is difficult to interpret. Were they shocked, angry or embarrassed? I’ll never know. Of those who did comment they probably fell into five groups:

(2) Those who were confident that orgasm during sex just ‘happens’ the first time and every time. They drew comfort from popular beliefs about female sexuality: Bluffers, fakers and sex surveys and Some women never tune into eroticism.

(3) Those who were sexually ‘jaded’. One woman in her late thirties, career and no children, said that all her friends agreed that women don’t get anything out of sex. Women accept sex because they want a relationship (for companionship or family).